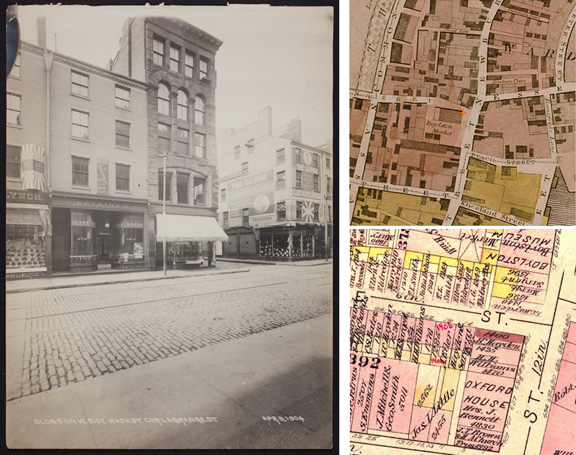 In his residential projects, Richardson activates the perimeter (edges) of his spaces with ancillary features, such as shelving and fireplaces. At Stonehurst, large door and window openings (voids) draw occupants closer to the building’s perimeter. The built-in seating frames the void and establishes an intimate interior space that takes full advantage of the natural lighting and views at the building’s perimeter. 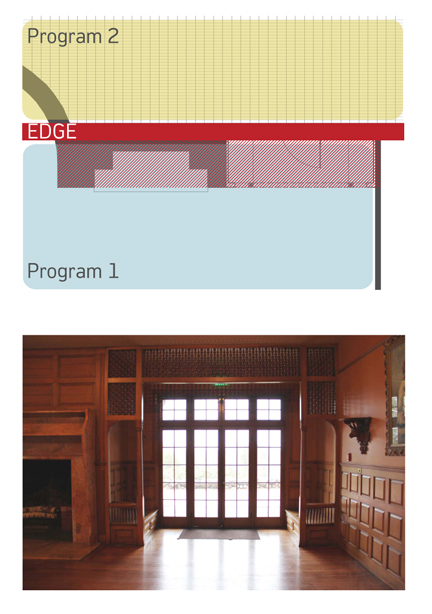 A defining feature of a Richardsonian house is its sequential spaces, or thresholds, that meticulously transition the occupant from the exterior to the interior of the house. As the individual traverses deeper into the building, the outside environment becomes forgotten until it reappears in the form of another view at the building’s edge. Richardson defined the spatial thresholds with articulated framed openings and dropped ceilings that were typically located just before a change of program or direction in travel. 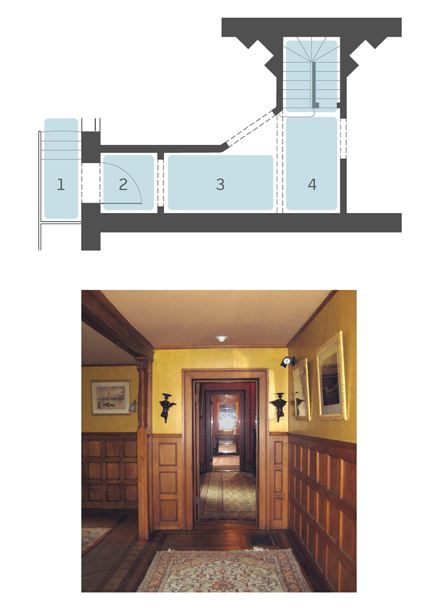 Richardson’s exteriors appear stout and heavy and are punctuated with a rhythmic pattern of tiny windows. From the exterior, the solid masonry wall dominates over the ostensibly limited window openings. In contrast to the mostly solid exterior, the interior spaces feel lighter with the window openings more pronounced and accentuated. Horizontally-applied wooden wainscoting and rails along the perimeter wall further emphasize the window voids as dominant features. While primarily serving an aesthetic purpose, the horizontal wainscoting and rails provide a practical function as shelves and frame hangers that help to reinforce the building’s perimeter by bringing people to its edge. 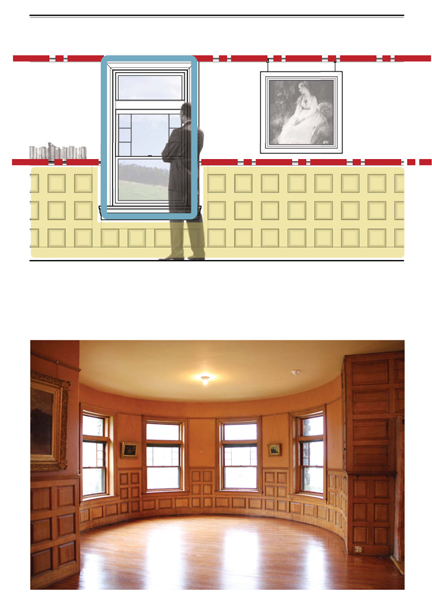